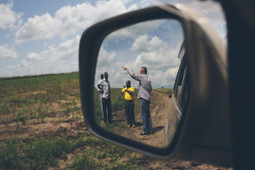 the Blog of the Environmental Change and Security Program

population growth  –  ” . . . revised population projections, released last month by the UN Population Division, show that the populations in these countries could grow even faster than previously anticipated. In seven Feed the Future focus countries – Cambodia, Ethiopia, Mali, Mozambique, Senegal, Tajikistan, and Uganda – population is projected to grow at least 20 percent more between 2010 and 2050 than UN demographers projected just two years ago (see Table 1). In sum, there are now projected to be 274 million more people added to these countries by the middle of the century.”