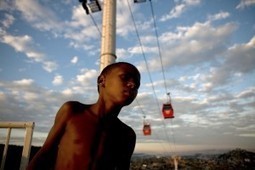 Rousseff had in February this year raised the monthly stipend of 2.5 million people living below the poverty line.

The report also shows income gap narrowed in 2012, and the per capita income for households in the poorest 10 per cent of the population increased by 14 per cent.”