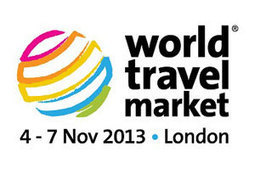 The WTM Global Trends Report, in association with Euromonitor International, has a long standing history of accurately predicting trends set to impact the travel and tourism industry.

Travel – trends : “BRICs’ grand shopping tour of Europe –
The Global Trends Report 2012 predicted that inbound tourism from BRIC nations (Brazil, Russia, India and China) would experience incredible growth in Europe. Newly released data by Euromonitor International confirmed this prediction. Croatia experienced 93% growth in arrivals from China and 40% from Brazil in 2012. Cyprus recorded 42% growth in arrivals from Russia, while arrivals from India to the Netherlands increased by 18%. European governments are slowly realising the importance of attracting more tourists from the BRIC countries.  –  For example, the UK Home Office recently announced plans to introduce a guidance leaflet in Mandarin and a debate has started about the possibility of easing the visa processing system.  –  Hotels are also looking at the BRIC countries to boost their revenues. According to a recent survey by Hotels.com, about a quarter of hoteliers offered cultural awareness training to staff. As predicted by the Global Trends Report 2012, not only travel players but also retailers are benefiting from BRIC arrivals. For example, spending by tourists at retail outlets within Heathrow Airport from the BRIC countries increased by 18% in 2012.”