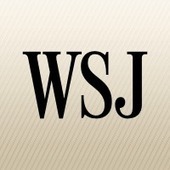 Most of the world’s new large companies will come from fast-growing emerging markets in the coming years, a shift that will reshape business practices, the McKinsey Global Institute said in a new report.

“The think tank arm of consultancy McKinsey & Co. said 73% of the world’s 8,000 companies with revenue of $1 billion or more are currently based in developed countries.    –  But in a major shift, MGI calculates that the majority of the 7,000 additional companies it expects to cross the $1 billion threshold by the year 2025 will hail from places like China, India and Brazil.    – Primarily as a result of rapid growth in their home countries, these companies will account for 46% of large companies in 2025, while those from developed countries will make up 54% of the total.  –  “By 2025, some of the global leaders in many industries may be companies we have not yet heard of, and many are likely to be based in cities that we could not point to on a map,” MGI said in the report entitled “Urban World: The Shifting Global Business Landscape.””