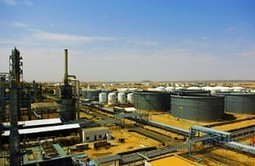 China, Africa – geopolitics : “On Oct. 13, 2013, the official Xinhua news agency published an official commentary stating that “it is perhaps a good time for the befuddled world to start considering building a de-Americanized world”. The commentary surveyed the “abuse” the entire world had suffered under U.S. hegemony since World War II. The situation had only aggravated since the end of the Cold War, Xinhua argued. “Instead of honoring its duties as a responsible leading power, a self-serving Washington has abused its superpower status and introduced even more chaos into the world by shifting financial risks overseas.” To further its own unbridled ambitions, the U.S. stoked “regional tensions amid territorial disputes, and fighting unwarranted wars under the cover of outright lies”, Xinhua explained.   –   The Xinhua commentary warned that with U.S. society and economy collapsing, Washington was now tempted to intensify the abuse of the rest of the world in order to save the U.S. “Such alarming days when the destinies of others are in the hands of a hypocritical nation have to be terminated. A new world order should be put in place, according to which all nations, big or small, poor or rich, can have their key interests respected and protected on an equal footing.” Xinhua concluded by suggesting that the PRC, being inherently a developing country, is the rising power best suited to lead this global transformation and de-Americanization.”