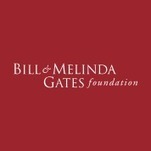 Cities, innovation– “The goal of these projects is to foster a productive relationship between city governments and the urban poor that can serve as a model for other developing world cities to follow as they seek to address the challenges of urban poverty.

The foundation is launching this effort in five rapidly urbanizing cities that have demonstrated interest and commitment to working with the urban poor. In each city, the foundation is working with a variety of civic partners to pursue uniquely tailored urban development efforts. –