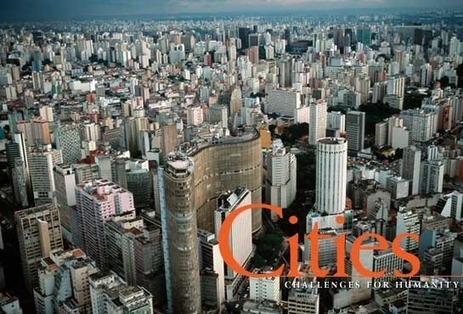 Urbanization – megacities:” . . . cities will be bigger than ever. A megacity has more than ten million inhabitants. In 1995 there were 14; in 2015 there will be 21. And the ranking will have shifted: Today the five largest cities are Tokyo, Mexico City, São Paulo, New York City, and Mumbai (Bombay), and in 2015 they will probably be Tokyo, Dhaka, Mumbai, São Paulo, and Delhi.   –   And yet, population numbers by themselves don’t determine a city’s prospects; after all, Addis Ababa, Ethiopia, and Hamburg, Germany, have the same population. Nor is explosive growth necessarily the determining factor. “City problems,” one authority points out, “mostly have to do with weak, ineffective, and usually unrepresentative city governments.”   –   None of this is inevitable. Lest we imagine that slums and misery are somehow the fate of the Third World, it’s worth recalling the horrific lower depths of London, Paris, and New York that inspired the great social movements of the 19th and 20th centuries, and the crusading zeal of novelists Charles Dickens and Victor Hugo and photographer Jacob Riis against the festering tenements, sweatshops, and child labor that blighted these cities, now among the First World’s proudest metropolises. Solutions have been found before.”