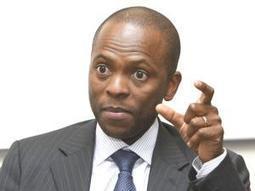 “The decision to set up a new development bank was made by Brics leaders at the Durban summit.  –    –  They said it was aimed at “mobilising resources for infrastructure and sustainable development projects in Brics and other emerging economies”.

While more details of the bank were expected at the next summit in Brazil next year, Brics members said on the sidelines of the G20 summit in Russia in September that it was targeting a reserve pool of $100 billion (R1 trillion).  –  Russia, Brazil and India would contribute $18bn collectively in initial funding, while China would put in $41bn and South Africa $5bn.  –  Zungu said once the bank was established, it was expected to prioritise infrastructure, education and human settlement.”