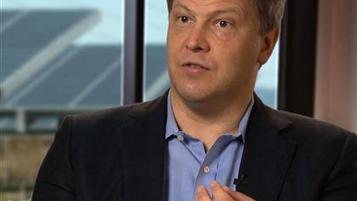 What managers need to know  –  Matt Rogers: We went for almost a hundred years where each year, on average, commodity prices got cheaper. So if you were a manager, you kind of had a little advantage because next year, the commodity price inputs were going to be about 2 percent cheaper. And you could get about 1 percent or 2 percent better in your performance and be just fine.

We’re now going into a period where managerially you have to be able to see things coming from wholly different directions. You have to see your neighboring industry showing up in your industry. You have to see trends that are coming at you at 20 percent per annum change rather than 2 percent or 3 percent per annum change. You have to be able to do substitution of materials very fast so that you avoid the high-risk ones and you capture much lower-risk ones. You have to create these kinds of circular chains where you can recycle a lot of the material that you produce so that it doesn’t cost you nearly as much. For example, “I need to bring software and embed it into my hardware.”

But beyond just the skill sets, the real challenge is that the complexity of the device has increased. So making the trade-offs between the disciplines, between the different features, has become more complicated.

The thinking really has to expand. It has to expand beyond the traditional industry that you’re in, because you have to suddenly include innovations and changes that come from your suppliers. You have to include changes in the rest of the ecosystem that your product gets deployed in.”