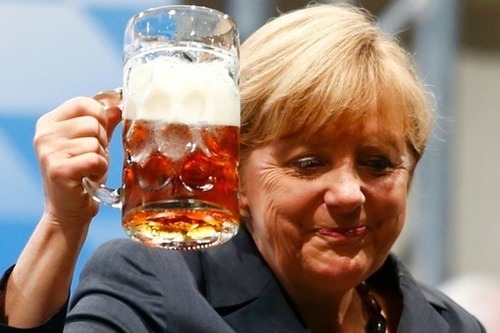 Chancellor Angela Merkel’s conservatives and the Social Democrats (SPD)
agreed on Monday (18 November) to introduce legislation requiring German
companies to allot 30% of their non-executive board seats to women from 2016.

Women in business –   “Women currently hold about 12% of corporate board seats, according to German media reports.   –   Among the 30 largest DAX companies, women have 101 of the 488 board seats, or 22%, according to the DSW, Germany’s largest association of private investors.  –  The European Commission last year proposed requiring companies with more than 250 workers and listed in European Union countries to have 40% of women on their boards by 2020. But Germany and other EU countries resisted. Germany said those rules should be set at the national level.

Norway, which is not an EU member, imposed a 40% quota in 2003, a target reached in 2009. Norwegian companies can be liquidated if they fail to reach the target.