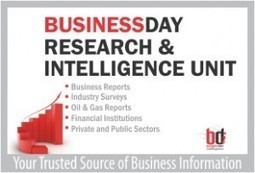 Africa rising – economic growth : “Underscoring the “Africa Rising” narrative, the AEO 2014, published by the African Development Bank, the OECD Development Centre and the United Nations Development Programme, portrays a continent buoyed by the robustness of its critical development indices that have bested global averages in recent years.  According to the publication, Africa grew by about 4%, on average in 2013, compared to 3% for the global economy. Growth, however, has been marked by wide variations across regions and income groups. Sub-Saharan Africa performed better posting 5% growth in 2013 and projected to reach 5.8% in 2014. East and West Africa recorded the fastest growth, above 6%, while the low-income countries also recorded growth of above 6%, compared to the below 3% growth recorded by the upper-middle-income countries in North and Southern Africa.  “Africa’s medium-term growth prospects have improved, on the back of broader political and social stability at home and recovering economic conditions abroad. In some countries and regions, growth is projected to return to levels last seen before the onset of the 2009 global recession,” the report said.

External financial flows to Africa are also on the rise and expected to surpass US $200 billion in 2014, four times their 2000 level in response to the growing investment opportunities on the continent”